Dr. Alan Gilston from the UK provided the impetus for the formation of our global group after the 1st World Congress of Intensive Care Medicine in London in 1973. Pictured below are all the delegates at this inaugural Congress; 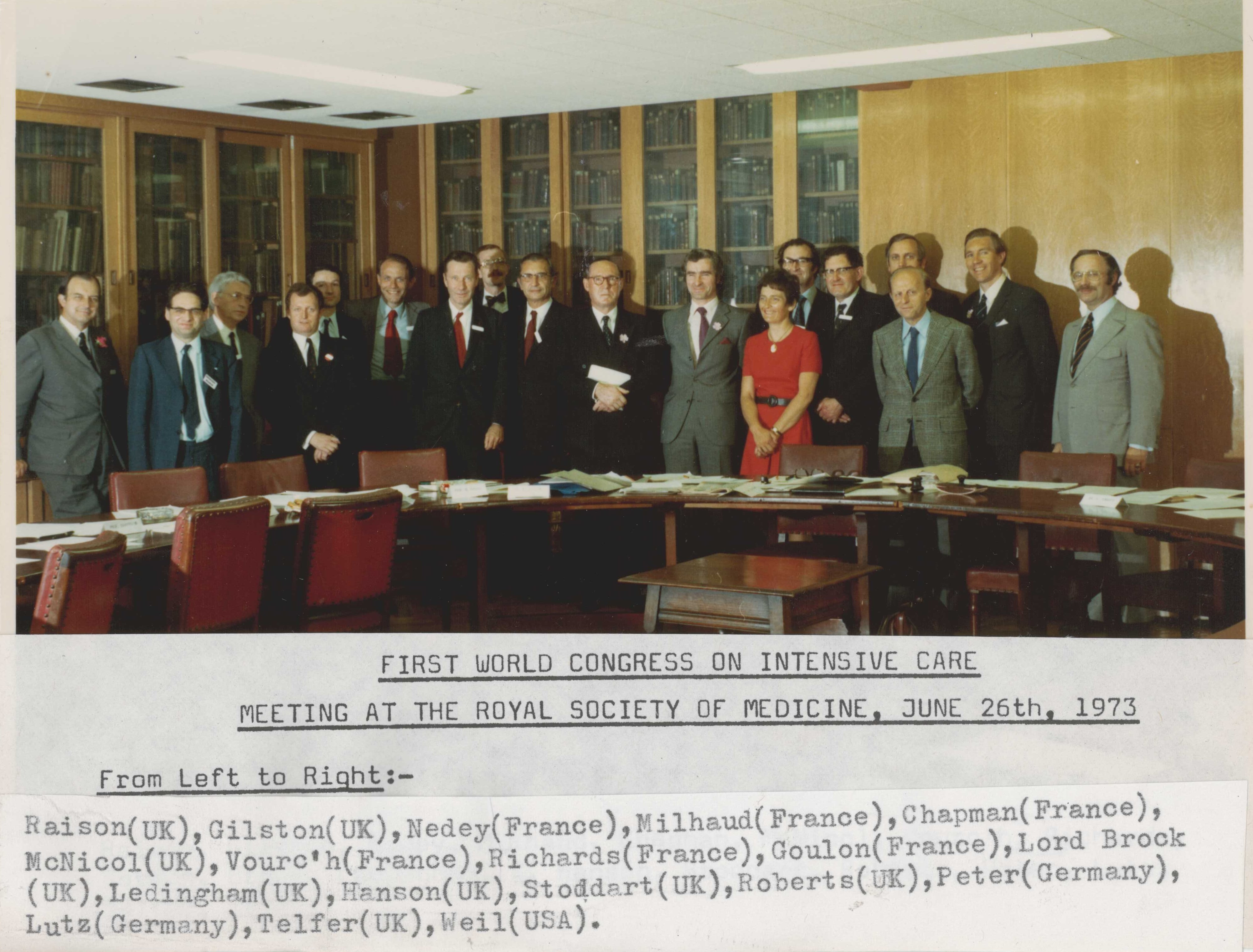 We now have a heritage of over 45 years which has been shaped by the contribution of the following Presidents and Council members;